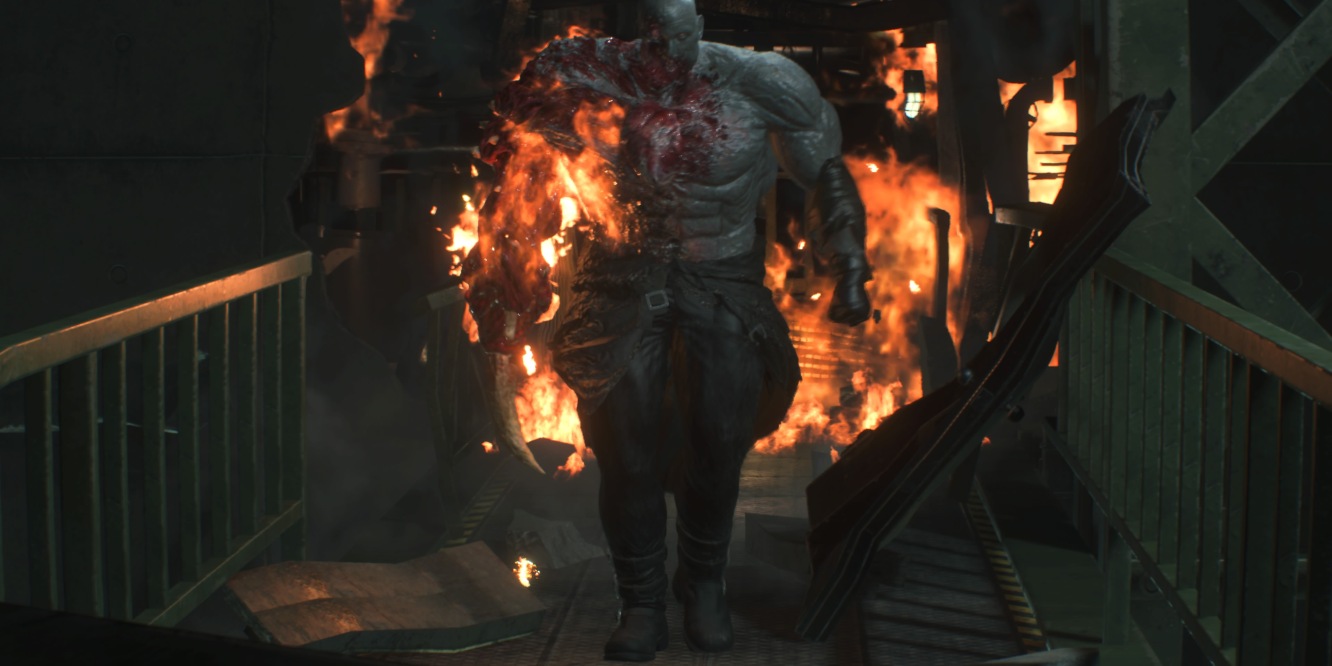 When I was a kid I played the crap out of Resident Evil Directors Cut and when it came out Resident Evil 2. My brother and I would play these games over and over again at our friend Mike’s house and when we got our PS1 we’d kick it off in our bedroom. I still have my old Versus Books strategy guide with the hand drawn images of the map. I’d sit there and pour through the book analyzing all the drawings and figuring out how I’d make it through all the rooms. It’s my first real memory of figuring out level design in a more complex manner than the Mario levels I used to draw.

Last year I played Resident Evil 7 and even got the platinum trophy in it. That was a game I initially thought was changing what the series was all about, it was going into a more first-person horror style game. After playing it I felt like that was the wrong assessment. It kept the puzzle aspects I wanted from the series and it retained the routing aspect, getting through the game as efficiently as possible, that I used to enjoy as a child.

Resident Evil 2 remastered or remake, whatever you want to call it, or even RE 2: 2019 is just a treat. The police station setting is so iconic and wonderfully realized in a fully 3D environment. The characters are super cheesy but still somehow a bit lovable. You can run through the whole game in two hours, or even less, if you want to; and it’s still fun to do the 3rd or 4th time around.

The game is super solid, I love it and would recommend it.

The story in the game isn’t the best, it’s serviceable to the gameplay I’d say. The amazing facial animation from RE7 is back and it’s a thing of beauty, especially coming from a Japanese studio. The only real issue I had with the characters is with Claire’s eyes, she can seem a little psycho sometimes. They just needed to lower the intensity and close them a little more and I think that’d help.

I love the way the game feels to control. It runs at 60fps on PS4 Pro and I never had an issue with the performance. If you look around closely you can tell where they had to make concessions to hit that frame rate but if you’re just focusing on the game it’s a stunner.

The most welcoming change to this version is that there are no loading screens while playing, you open a door and just go into the next room. Not only does that help making the environment feel like a real space it adds to the scares as well. Zombies can now knock on doors and bust through them, no longer are you safe just from making it to the door.

What will really get your anxiety up is when Mr. X (the tyrant) finally shows up. This unstoppable enemy will search for you and listen for any gunshots to pinpoint your location. Playing this game with a nice set of headphones, you can detect where he is in the police station just from his thundering footsteps. It’s a little terrifying at first and made me dread running into him.

I actually enjoyed all of the boss battles in this game. They mostly gave me a reason to let loose on my weapons and spend some ammo. I spent so much time hoarding gun powders and ammo that by the end I was just using all my good shit on anyone I came across. It’s a little funny how during the first section of the game, the police station, I would try my hardest to conserve ammo on each run that I did, only to eventually have way too much handgun or shotgun ammo in the later sections.

This game is meant to be played over and over and that is actually an enjoyable experience. I haven’t achieved platinum status as of yet, I’m getting a little burned out on it to be honest. I do see myself taking a break on the game for a while and then going back to get the hardcore runs and complete the plat.

A stupid thing the developers did was create the best outfits for the characters and put then into a 15 dollar DLC pack, and you don’t even get that many outfits. Seems like they’re just trying to nickle and dime the customers just like every other triple-A videogame out there.

I also played through the Hunk mission, which is basically get from point A to B as quickly as you can with limited resources. It wasn’t too hard and could be beat in about 10 minutes. That unlocks playing as Tofu, a giant piece of tofu and all you have are a bunch of knifes to defend yourself with. As you take damage large chunks of your body get torn off, it’s pretty funny.

Some of the dialogue between Leon and Claire though…it’s like, do they know they’re in the middle of a zombie filled police station? Why are they just so nonchalant all the time?

This game is a banger. It’s beautiful, runs great, and respects your time. You can get in, do a section and get out, or you can run through the whole thing in one sitting. The puzzles are well laid out and logical, and the combat feels fun. What a great remake of a classic game.