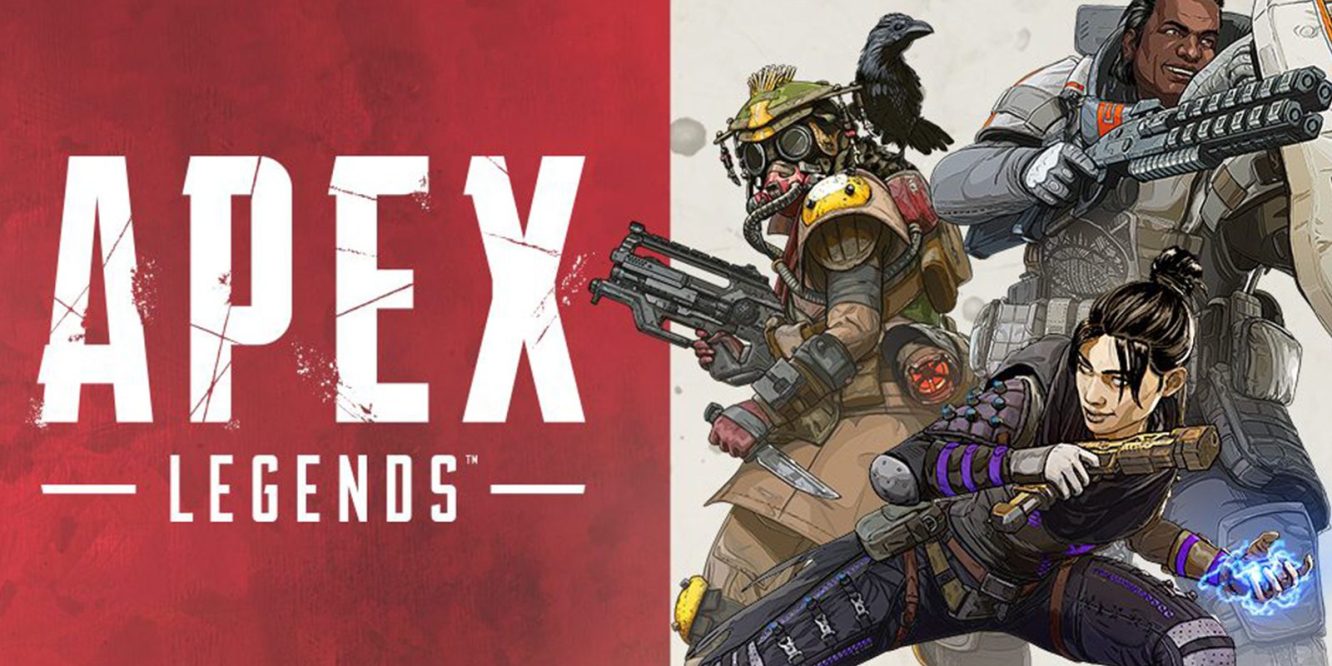 Apex Legends is a game that is all about feeling the highs and lows that gaming has to offer. I don’t remember feeling this way for a long time, perhaps because I don’t really play competitive multiplayer games online that much. The last one was Destiny 2 and before that The Last of Us.

This is also my first battle royale game, having skipped over PUBG, Fortnight and CoD Blackout. I started getting into the genre from watching streamers on Youtube playing PUBG but never took the next step, the biggest hurdle probably being the 30 dollar buy in, as silly as that sounds. PUBG also doesn’t seem like a good game for the PS4, seeing how glitchy and shit it is.

It’s pretty amazing that the developers of Titanfall released a free-to-play battle royale game and that it’s so polished out of the gate. So that was enough for me to give it a download. I’m even planning on getting their “battle pass” or whatever they’re going to call it, they deserve to get a little bit of my money for this product.

It will make me cuss and have to step away from the game after a disappointing showing and pump my fist in the air after becoming the champion. The best moments of the game bring out the competitiveness that I’ve always loved. When paired up with good teammates that work together using the non-voice chat system it’s wonderful. When you get paired with idiots that run off on their own, or don’t even follow the squad to the landing spot it can get frustrating. You also get people that when downed will just drop out and leave a two-man team to fend for themselves.

I’ve been playing with my new Sony Platinum headphones. I haven’t been a gamer that used headphones to play my games, so this is a big change for me. In order to compete at any sort of level you really need to have as many advantages as possible, and being able to hear enemy footsteps and locate them by sound is a great advantage.

Shooting enemies and hearing the crunch of their shields breaking is a great sound. The weapons pack a nice punch when fired, giving a nice thud on impact.

The only issue I’ve noticed with the sound is that it’s a bit hard, if impossible to tell if an enemy is on the roof or below you. The Y-axis of the sound field seems to not be something the game can produce. So I’d like to see them adopt a more advanced sound technology like Uncharted 4 has on PS4.

The weapons in the game start out very confusing. Since you only get a little training area to shoot each gun, you don’t get to mess around with all the attachments to see what they do when you first start out. So there’s a learning curve to getting the handle on each of the guns and how they change with different attachments. It eventually gets to the point where you have a stable of guns that you just go for and use each match.

A negative about the weapons is that if you want to actually pay money to get new skins it costs like 10 dollars to get one, it’s fucking insane. The prices in the store are the epitome of overpriced microtransactions. They put out a pretty cool looking skin for one of the guns, making it look like an old Nintendo console, I can get it for like 12 dollars or grind out enough in-game currency in like 20 hours of gameplay to get it… What the fuck are they thinking? Hopefully their battle pass sorts some of the microtransaction stuff out since they’ll have a more reliable source of income.

I actually love the map this game has, I’m assuming there will be others. It feels like the perfect size for the amount of squads and for how long a full match will go on for (about 20 minutes or so). It’s very easy to know where you are just by the geography of the area. Using the slide mechanic to propel yourself down a hill makes the traversal fun. Since you don’t get vehicles to move around the map, the slide and jump system gives you something to do while keeping things fresh.

Being able to jump up a wall and scramble up a good height gives you more of a vertical playing field. It allows you to get on top of most building and a lot of the boulders scattered about. This gives you a good perspective of the area so that you can spot enemies in the distance.

Because it’s currently 3 person team based game, the quality of the match experience is in the hands of the other randoms you play with. Since I don’t really play with others online that much, I team up with strangers most of the time. If I had a two other people that I could play with it would probably make the game way more competitive for me, since we’d be able to strategize, talk on headsets, and get advanced team strategies working. I’m looking forward to the introduction of a solo matching, if they ever do it that is. But no matter what, you get to earn a bit of experience with every match, which slowly levels up your profile which is a nice feeling.

The game is all about the moments of finding a squad and taking them down, getting that rush from coming out on top. Then the few moments of being one of the last squads left and working together to dominate the enemy, lining up and landing the last headshot on the enemy and seeing the “You are the Champion” graphic come on the screen. You then get a few seconds to shoot you guns into the air as you ride the excitement of the victory. It’s a wonderful feeling that I’m not used to getting with the type of games I play.

This is a fantastic game. It makes you want to keep playing just one more match. The guns all feel very polished and fun to use, not that you’d want to use some of them. It can be very frustrating, making you want to throw a controller, but it can also make you want to record your best wins so that you can watch them over again. I’m looking forward to what the game eventually evolves into, the new maps, weapons, and Legends. It’s a more refined and modern take on the battle royale genre that has provided hours of enjoyment.